Swarming is a honeybee colony’s natural way of reproduction because splitting into multiple colonies increases their survival chances. Bees typically swarm in Spring (late September to early December) as the hive starts becoming overcrowded because the queen is laying more eggs due to an increase of pollen and nectar.

Preparation begins 2-4 weeks before the swarm occurs. The existing queen lays eggs in queen cells to be raised as developing queens (this means feeding them exclusively royal jelly). When a new queen is almost ready to emerge from her cell, the existing queen and her bee entourage (approximately half of the colony - worker bees and some drones) gorge on honey then leave the hive usually in the middle of the day flying into the air. Seeing them flying about as a large cloud of bees could make you feel uneasy, and the buzzing of thousands of bees could make them sound angry and aggressive - but they’re not and they won’t attack you (unless you provoke them).

Why a swarm won’t attack you

When bees are swarming they’re generally calm, good-natured and unlikely to sting as they don’t have a hive to defend. They’re also full of honey which makes them docile.

What a swarm does

The swarm normally settles on a fence post, bush or tree branch (rarely on or in the ground) and forms a cluster with the queen right in its centre to keep her safe and warm. The cluster may be small (like a tennis ball) or large (like 2 soccer balls). They will usually stay in this cluster for a few hours to a few days. Scout bees meanwhile fly out to find a suitable new home. They’re looking for weather tight cavities with defendable entrances like rooves, chimneys, hollowed-out trees, vehicle engine bays, man-made structures and occasionally caves. Once found, the swarm moves in.

Swarms are a crucial new colony-in-waiting. They have their queen and their worker bees. But they need a beekeeper to survive… they can’t make it on their own.
Why? Because NZ has a killer called varroa which are parasitic mites who attach to the bee or larvae body, suck on their body fat for sustenance and transmit viruses. Without a beekeeper treating the bees for varroa mites, chances are ‘wild’ hives will become infested and die.

This is why beekeepers try to collect swarms and re-home them into beehives where
they can be cared for.

If you discover a swarm of bees

What information to provide

Why bees are superheroes

As food pollinators, bees are a vital part of our ecosystem making them the superheroes of our world. But they need your understanding. Please help us protect our superheroes. Call us if you see a swarm. We will collect and save them if we can. 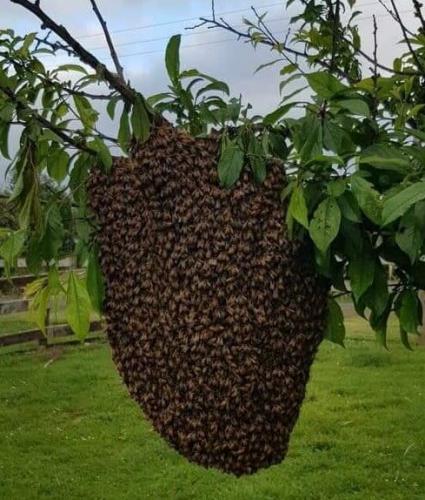 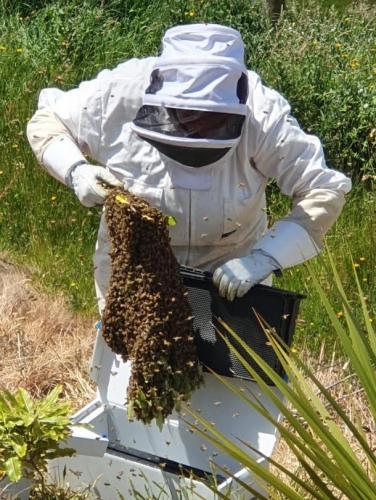 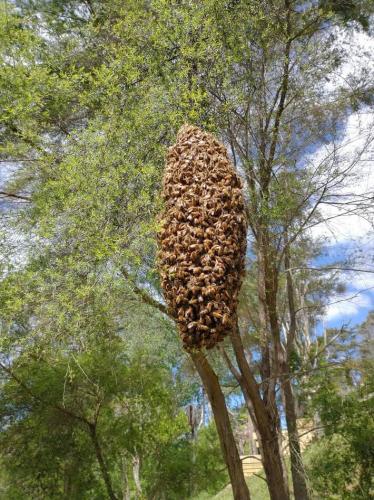 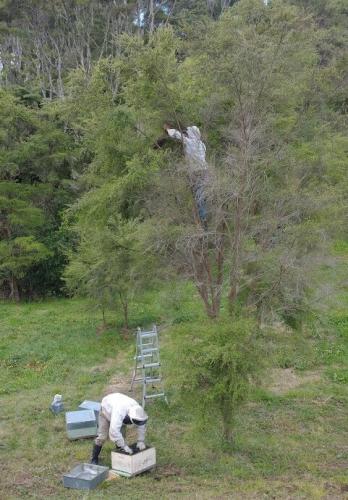