Varroa mites are destructive parasites who will kill untreated hives. Bees cannot survive the presence of verroa without human intervention, requiring chemical treatment several times a year. All untreated colonies (including ‘wild/feral’ colonies) will die when infested with varroa.

Looking like ticks on a bee (measuring 1mm long by 1.6mm across), a mite enters the hive on an adult bee (which it is feeding on) and crawls into a brood cell containing young bee larvae before the cell is sealed. Submerging itself in the royal jelly at the bottom of the cell it starts breathing through a breathing tube like a snorkel. Then it starts feeding on the larvae haemolymph (blood) and lays eggs (usually several females and one male) which develop into adults at about the same speed as the young bee matures. Then the adult mites leave the cell and attach onto another bee.

While varroa feeding on bees can damage their wings and other body parts, varroa is deadly because it introduces viruses including deformed wing virus (DWV), sacbrood virus, and acute paralysis virus (APV) directly into the bees haemolymph (blood).

Regardless of your hive number or location, you will need to apply some form of varroa treatment at least 2-3 times per year. Various treatments are summarised here 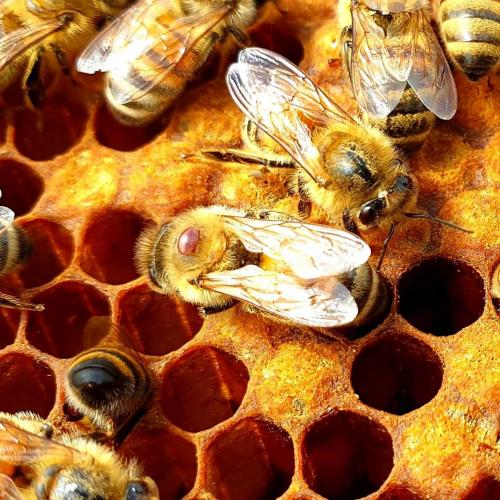 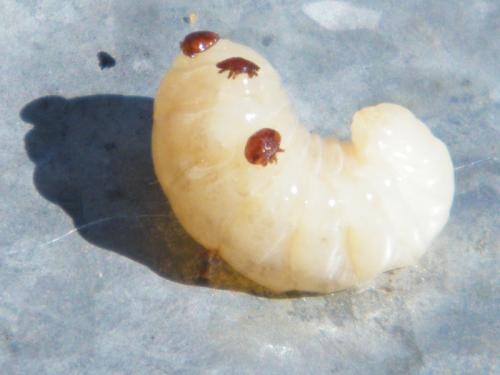 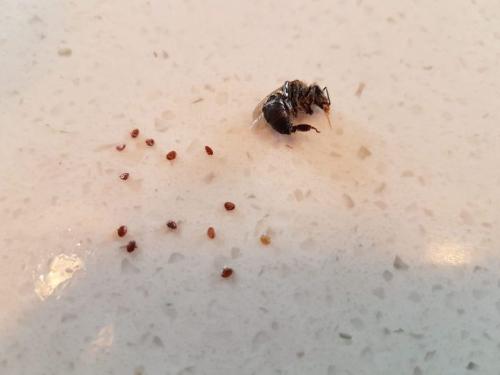